I’m back from vacation, and immediately back into the thick of things. Last week I took one of my vacation days to drive to Bedford County with our geologist Jim Beard. We had been contacted by Boxley Materials’ Blue Ridge Quarry (above), to see about the donation of a stromatolite found by one of their workers. I actually first received the email about this while I was on my way to the SeAVP conference, but it didn’t particularly excite me at first. Stromatolites are fairly common, and while they’re scientifically interesting they aren’t very visually compelling.

Stromatolites are mounds of sediment that are formed by colonies of cyanobacteria (also called blue-green algae). As the colony grows, sediment is trapped on the top surface. The bacteria grow up through this sediment layer and then trap more sediment, building up a mound of curved sedimentary lamina. They are generally seen in cross-section, like the ones below from Michigan:

Rarely, a stromatolite will be recovered at least partially intact, like this specimen on exhibit at the Science Museum of Minnesota: 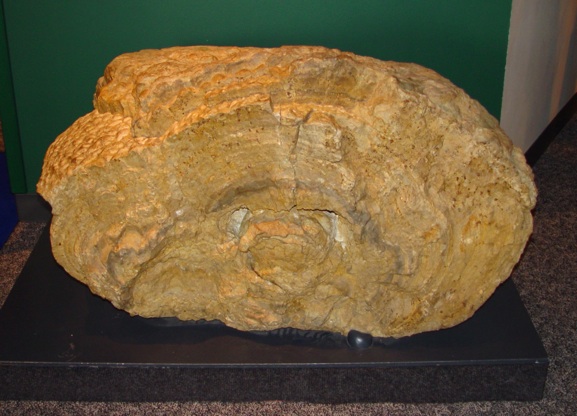 So I didn’t have high hopes as we drove up to Bedford County, but when I actually saw the specimen I was stunned:

That’s VMNH Executive Director Tim Gette and Assistant Director of Research and Collections for Earth Sciences Jim Beard (nice title, Jim!) standing with me to provide scale. It’s one of the largest and most complete stromatolite specimens I’ve ever seen, 5 feet in diameter and 4,020 pounds (Boxley put it on a truck scale). This specimen is also remarkable in how closely it resembles living stromatolites from Australia (compare to this image).

The specimen was collected from the Cambrian Conococheage Formation, which makes it around 500 million years old. Jim and I went onto the quarry with the folks from Boxley, who promptly found some additional (much smaller) specimens. We also found examples of desiccation cracks, such as these: 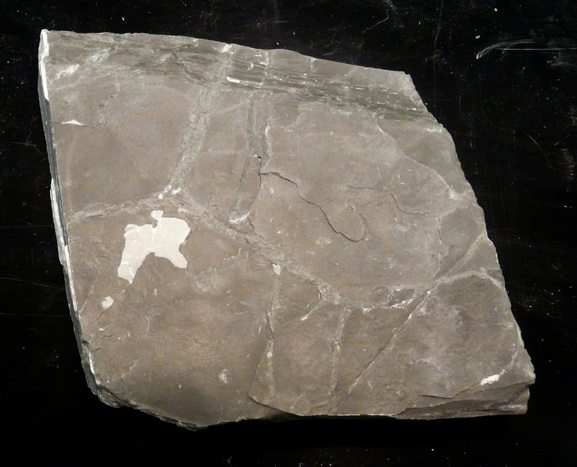 Desiccation cracks indicate that the bedding surface was alternately covered by water and then exposed to air.

In addition, there are alternating beds of fine-grained and coarse-grained sediments that we believe represent tidal rythmites (sediments formed near the shore in areas influenced by tides): 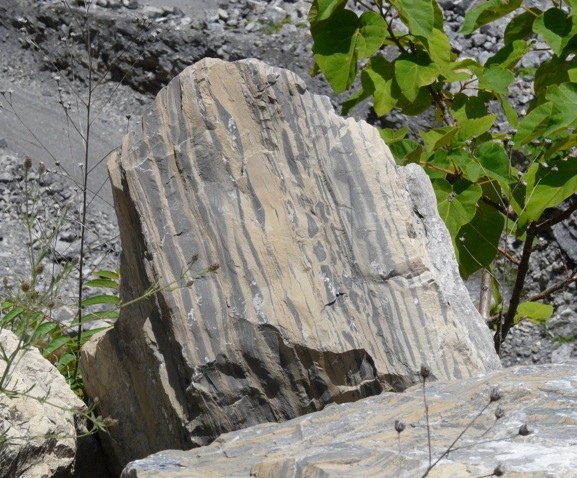 These rocks indicate a shallow, intertidal environment, which is the same type of area in which modern stromatolites live.

One additional surprise for me: I grew up in Bedford County, where the quarry is located, and much of my family is from neighboring Botetourt County. The superintendent at the Blue Ridge Quarry is Cline Dooley. My middle name is Cline; apparently Cline and I are first cousins once-removed:

This stromatolite has gotten a lot of media coverage; in addition to the local TV and newspapers, it was picked up by the AP. There are links to some of the early coverage  available on the museum’s website.

I’d like to extend my thanks to Boxley Materials for donating this interesting specimen to the museum. Boxley is delivering the stromatolite to the museum later this week, and we plan to put it on exhibit in a few months.

This entry was posted in Boxley stromatolite. Bookmark the permalink.