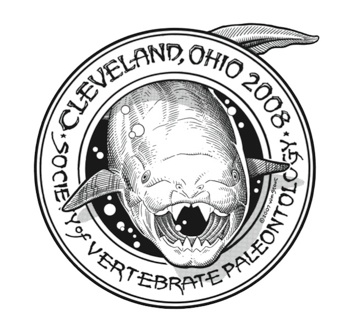 It’s been a busy and not especially pleasant week at VMNH. The current US economic crisis has filtered down to the state level, and Virginia announced major budget cuts on Thursday. For VMNH, in order to keep the museum functioning we eliminated five positions, including our Collections Manager (which was not filled) and our Curator of Invertebrate Paleontology (Dr. Lauck Ward). The museum will also be closed on Sundays and Mondays, and the remaining staff will receive 1-day/week furloughs over a 6-month period. Non-critical travel and purchases have also been suspended.

Vertebrate paleontology’s travel and excavation expenses are partially paid for by external donations which are not subject to the state cuts (which is why I have all those donation requests on the right side of the screen!). Even so, things are going to be very tight over the next 2 years, so if you’ve ever considered donating to VMNH it’s a good time to do so.

Even in tough economic times we still have work to do, and part of that is dissemination of our research results. With external funding available, tomorrow I drive to Cleveland for the 68th Annual Meeting of the Society of Vertebrate Paleontology, for a brutal schedule of talks and posters on paleontology. By my count, 638 abstracts were accepted for talks and posters, or around 160 per day of the meeting. Needless to say, I won’t be attending 160 talks per day, but I will be posting daily updates about the conference, including summaries of the talks I attend. My poster, on the Rappahannock sperm whale, is scheduled for Poster Session IV, which is Saturday afternoon (the very last technical session of the meeting).

The image at the top is the official logo for the 68th meeting, and here’s its description from the SVP website:

“ The SVP 68th Annual Meeting logo was designed by William Stout. The fish is Dunkleosteus terrelli which the Cleveland Museum of Natural History (CMNH) Web site describes as “a 16-foot-long armored fish whose monstrous jaws acted as self-sharpening meat cleavers.” You can see mounts of the specimen in the collections of the CMNH, along with many other specimens. It is a member of an extinct group of fishes known as arthrodires that ruled the seas prior to the sharks and large, advanced bony fishes. It lived during the Upper Devonian Period, about 360-375 million years ago. It comes from the Cleveland Shale, which crops out throughout the Cleveland area. It is one of the best known members of its group and is really the “poster child” for the Devonian — the Age of Fishes.”

A long but uneventful drive to Cleveland. I’ve talked before about the beautiful geology along I-77. 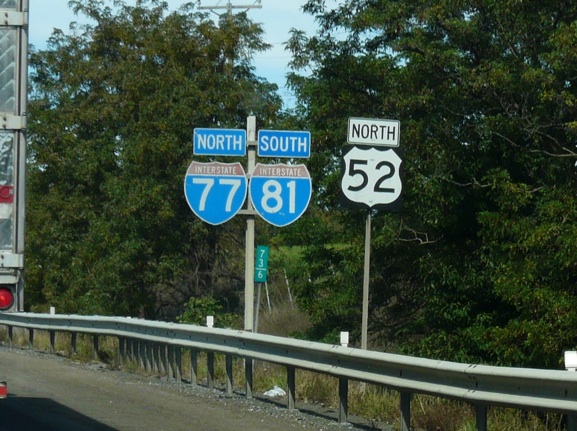 One of the nice things about driving across southwestern Virginia in October: 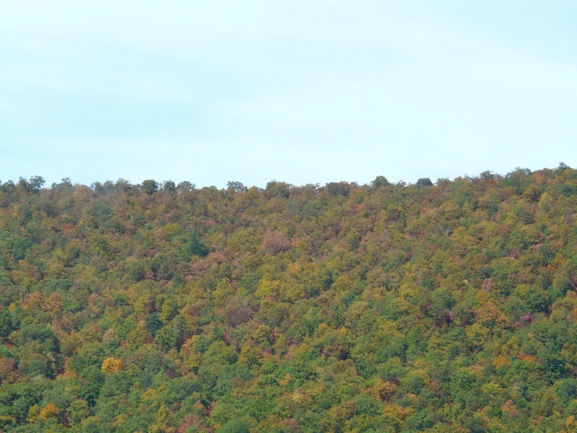 This entry was posted in Conferences. Bookmark the permalink.