For the last week I’ve been working almost non-stop preparing this whale jaw for my SEAVP presentation, and trying to get other things organized for the meeting (which VMNH is hosting at the end of May). I should have some additional photos of the jaw this week.

In the meantime, as I was going through my photos to prepare my lecture for class tomorrow night, I came across some images I took at Fort Ticonderoga in New York back in 2003.

The fort was originally built by the French in the 1750’s, and captured by the British in 1759. During the American Revolution it was captured by by the Americans, then recaptured by the British (the fort was difficult to defend because of the presence of higher ground within cannon range). After the war it fell into disrepair, but was partially restored and reopened as a tourist attraction in the early 1900’s. Brett had gone there several times as a child, and in 2003 I visited there with her family for the first time.

Most forts from that period were constructed using local materials, simply because it’s cheaper and logistically simpler to do so. The local rocks around Ticonderoga are early Paleozoic rocks (I think the Late Cambrian Pine Plains Formation, but I’m not sure about that). To my surprise, the construction stones were filled with sedimentary structures, and Brett was left to explain to other tourists why I was walking around an historic fort with my camera pointed straight down at my feet. Here are some desiccation cracks:

A variety of ripples: 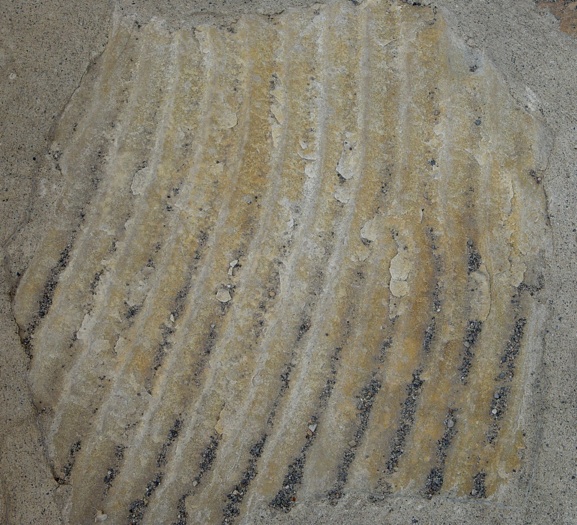 Tool marks (caused by the collision of objects with the bottom): 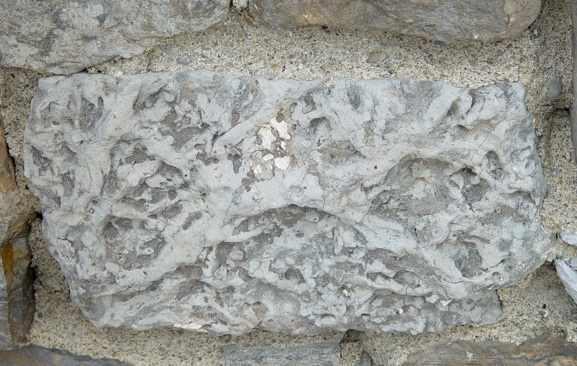 Interesting geology can show up in all kinds of unexpected places.

This entry was posted in General Geology. Bookmark the permalink.