We’re at a stage now where we’re trying to define our last few jackets of this excavation, as we wrap up in a few days. Making trenches around the jackets at Carmel Church always requires the removal of lots of small bones in the trenches. Some intriguing examples include the two small shark vertebrae shown above, which were found very close to each other.

I’ve mentioned in the past the unusual conglomerate found at Carmel Church and its association with the bonebed. Here’s another example, with a fragile fish vertebra wedged under an equally fragile angular rock (a garnet-mica schist): 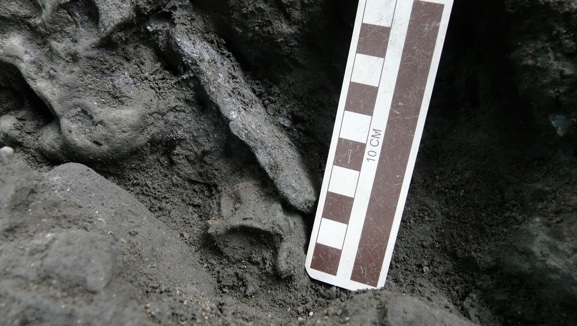 Here’s the vertebra after removal:

We also made a third top jacket, over this small mass of bones: