I’ve been a little slow with new posts because I spent the last week preparing for a site visit from the American Association of Museums (AAM); VMNH is in the midst of the re-accreditation process. With the site visit completed, I can turn back to a more regular schedule (such as it is). I also noticed in looking through the archives that I’ve only done eight posts this year that didn’t involve the Cenozoic. It’s time to correct that oversight.

Shown above is the holotype specimen of Fraxinopsis aquilonaris, one of the many fossil plants found in the Triassic deposits at the Solite Quarry. Axsmith et al. (1997) described this species on the basis of three specimens from Solite. Here’s the counterpart of the holotype:

And the two paratype specimens: 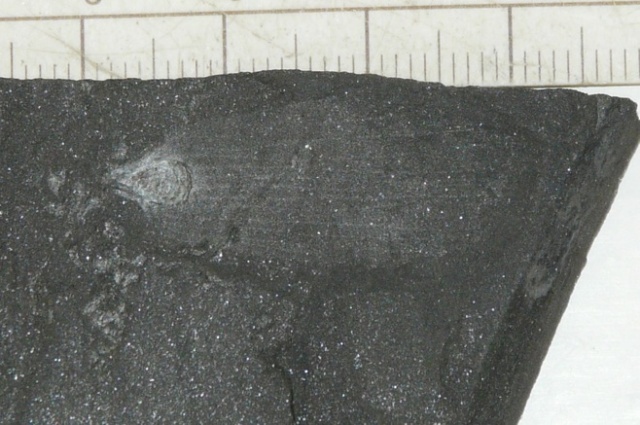 When Axsmith et al. described this species we only had three specimens. Since that time we’ve collected quite a few additional ones, such as the one below: 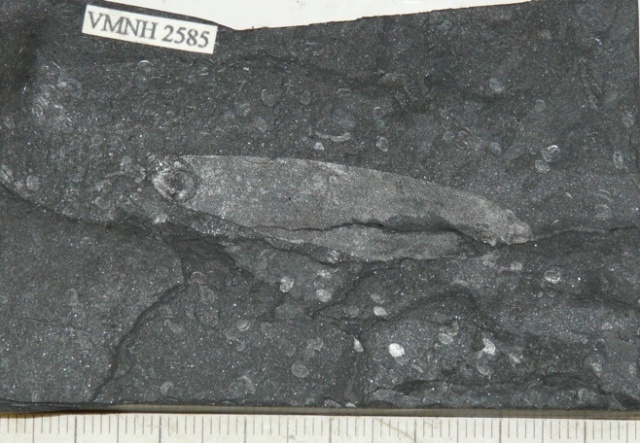 Axsmith et al. (1997) interpreted Fraxinopsis as a winged seed (these are the “helicopter”-type spinning seeds that are seen in various modern plants, including maples and some pines). The seed is the round structure at left end in the photos above, with the wing projecting off to the right.

The genus Fraxinopsis is actually pretty widely distributed; other species are known from Argentina, South Africa, and Australia. That’s an interesting distribution, in that all the other known occurrences of Fraxinopsis are from Gondwanan continents. For those of you who aren’t that familiar with the history of continental movements, that may require some explanation.

During the Permian Laurasia and Gondwana collided to form Pangea. Pangea persisted into the Triassic Period when it began rifting apart, forming the rift basin that held the Solite lake and, eventually, the Atlantic Ocean:

The formation of Pangea was an important event with respect to the distribution of organisms. During the Permian and Triassic there were no ocean barriers to prevent organisms from spreading from one continent to another. Therefore, during the Triassic we should see very similar floras and faunas no matter where we are.

It turns out this is only partly true. During the Triassic Laurasian and Gondwanan plant floras are actually quite different from one another, in spite of the apparent lack of geographic barriers. The occurrence of Fraxinopsis in Virginia and North Carolina is an exception; the presence of a Gondwanan plant in a Laurasian locality. This shows that plants were dispersing across Pangea, even if only in small numbers.

This entry was posted in From the Collections Room, Newark Supergroup, Paleobotany, Solite Quarry. Bookmark the permalink.