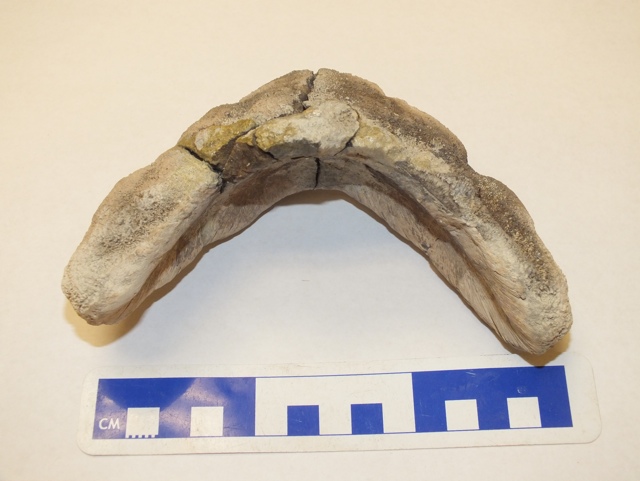 After returning from Carmel Church I decided to take a few days off, which is the reason for my lack of recent posts. The pace should pick up a bit next week. But this does give me a chance to talk about two new donations that were delivered to me while I was in the field.

Carter Harrison donated the large ocean sunfish dermal bone shown above, which was collected from Calvert Bed 14/15 along the Potomac River. These bones are very common at Carmel Church (which is the same age), but we’ve never found one even close to this size.

The other donation is from Ron Ison, a diver who collects fossils from river bottoms. He has brought us several interesting specimens in the past, and this time delivered a box of bones from the Pamunkey River. Among the remains were a whole range of teeth (which appear to be mostly odontocetes)

Unfortunately we don’t have good age control on these specimens. At least 3 different formations are exposed along the Pamunkey, including the Nanjemoy (Eocene), Old Church (Oligocene), and Calvert (Miocene), and that’s not even including lag deposits. Even so, there are some intriguing specimens that hint at unusual animals preserved in the coastal plain.

I’d like to thank Ron and Carter for these donations.

This entry was posted in Chesapeake Group and tagged Cetaceans. Bookmark the permalink.