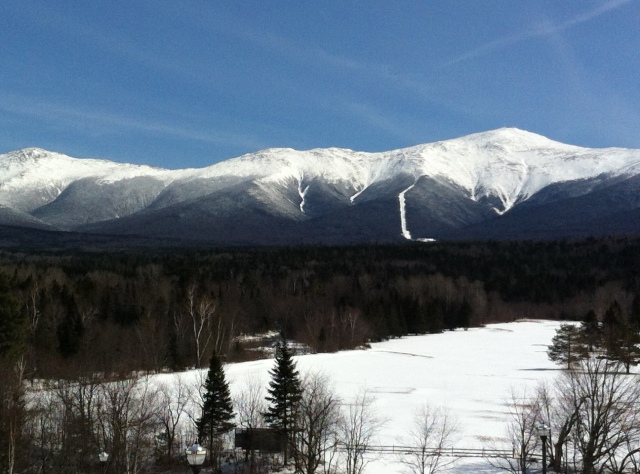 This morning marked the beginning of the technical sessions for the 2013 Geological Society of America Northeast Section meeting. Normally around this time I’d be attending the Southeast section meeting, but that meeting is in Puerto Rico this year, which was a bit beyond our budget. Instead, Brett and I drove to New Hampshire to a hotel near the base of Mt. Washington, which is a little different than Puerto Rico (above).

The geoscience education posters were first thing this morning. This gave Brett and me a chance to present our virtual field trip to an audience that may not have heard about it at last year’s national GSA meeting in Charlotte. In other talks and posters today:

Rachael Morrison et al. looked at changes in stable nitrogen and carbon isotopes in swordfish rostra, such as the one below. Their data suggest, among other things, that swordfish may be feeding at a lower trophic level than in the past.

Leslee Everett, William Lukens, and Dennis Terry looked at phytoliths (silicious deposits from plants) from a vertebrate coprolite collected in the Oligocene Poleslide Member of the Brule Formation. They recovered 258 phytoliths from one coprolite, mostly from grasses.

Jennifer Whisner discussed student projects related to the frequent and increasing flooding in Bloomsburg, Pennsylvania and attempted mitigation efforts, giving examples of how public policy is frequently not guided by available scientific information.

Samuel Michalak and Gary Johnson discussed the depositional environment of the Gypsum Springs Formation, a Triassic-Jurassic unit in Wyoming and South Dakota (it’s the whitish unit at the top of the cliff, below): 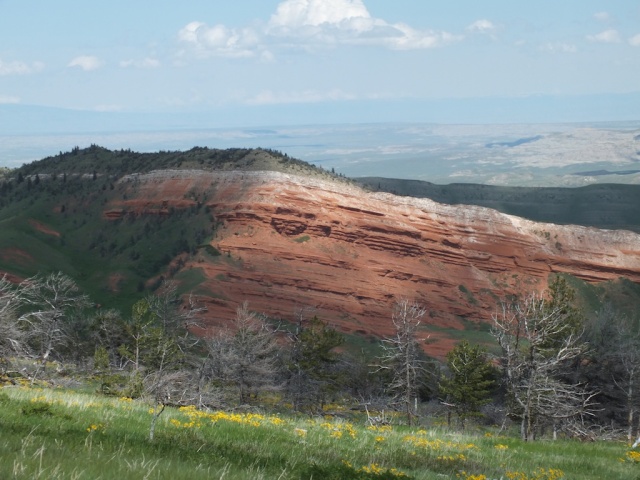 The white color in the unit comes from abundant evaporite minerals, especially gypsum:

According to Michalak and Johnson, the Gypsum Springs was probably deposited in a sabkha environment similar to the modern southern shore of the Persian Gulf; a hot, intertidal to supratidal zone with high evaporation rates.

This entry was posted in Conferences. Bookmark the permalink.