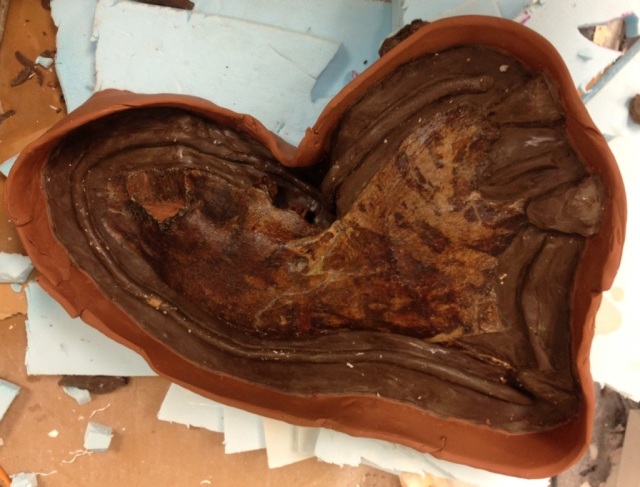 As I explained in Part 1, we’re beginning a year-long project to mold and cast the Carter Bog Megalonyx, housed at the Boonshoft Museum of Discovery. We’re starting mostly with parts of the skull, including the lower jaw (above).

The lower jaw mold will be more complex than others I’ve described here. Because the two dentaries are fused at the mandibular symphysis, to get the mold to fill properly we’re doing this as a 3-part mold. The first part is ready to pour, and we hope to have that part completed next week.

Meanwhile, we’ve been working on other, simpler pieces. The cranium is actually in three pieces, which we decided to mold separately. The two smaller pieces, the left maxillae and left jugal, have already been completed; in the image below the original specimens are on the left and the casts are on the right: 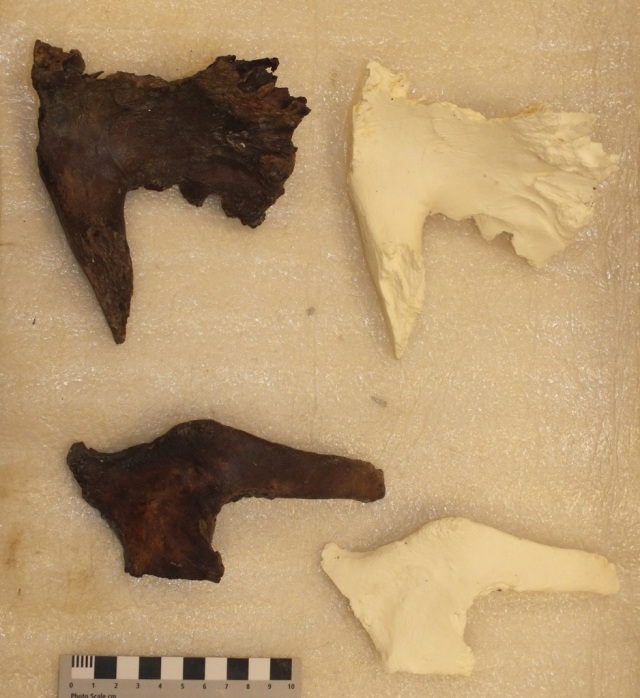 There are also two isolated teeth associated with this specimen, and we’ve completed those as well (the top two are the originals, while the bottom two are the casts): 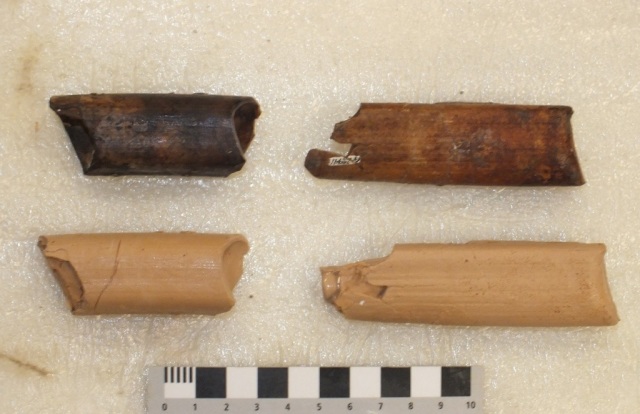 I’ll have more on this project as we continue molding and casting additional elements.

This entry was posted in Megalonyx. Bookmark the permalink.