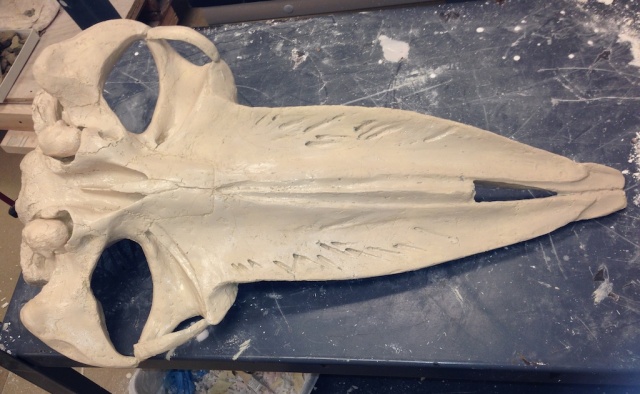 Having finally produced a resin cast of the cranium of “Buttercup“, we want to make the cast look like a real fossil for exhibit purposes.That means painting, which is a multistep process.

There are a few things to consider in painting the cast. The first is, do we even want to paint it? Casts used purely for research are sometimes left unpainted, because the colors of fossils are in most cases not very informative about the fossil itself. But for exhibit displays, I think painted casts look a lot better, and are less distracting when mixed with real fossils. In a reconstructed cast, in which much of the specimen is sculpted, do you paint the sculpted parts differently for the parts cast from real fossils? We debated this quite a bit; I initially leaned toward painting the sculpted parts differently, but I was eventually convinced to go with a uniform paint job.

Finally, how close do you try to match the colors of the actual fossil? When you look at a fossil up close, it’s not just a solid brown; there’s a lot of subtle variation. Should we try to match that exactly, given that the colors don’t represent anything significant about the organism? We could probably do it, but it would take forever, so we don’t try. Instead, we go with a paint scheme that is similar, but not identical, to the original fossil colors.

With all that out of the way, painting “Buttercup” was a five-step process. Using acrylic paints from a craft store, we started with a uniform light-tan base coat (top).

Next, we do a dry brush coat with a much darker reddish-brown. Dry brushing involves lightly brushing the cast with a brush that has almost no paint on it. Most of the paint accumulates on high spots, giving the cast a dirty, patchy appearance: 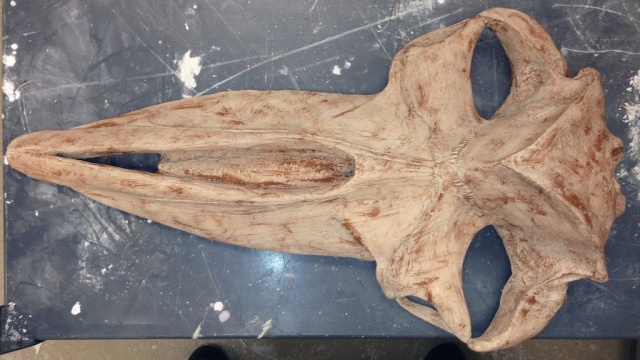 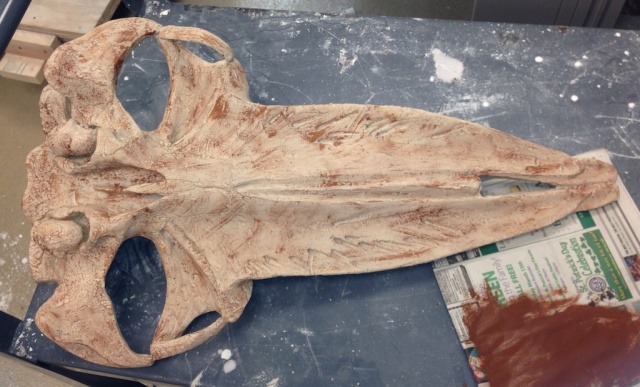 That patchiness is what we’re after. The real fossil is not a uniform color, and the dry brush coat gives us some variation. Because the real Carmel Church fossils are a light brown color, we don’t go very heavy with the dark brown.

Next is a black wash layer. A wash is essentially the opposite of dry brushing; the paint is thinned down so that it’s more like painting the cast with tinted water. The wash darkens the whole cast, and tends to accumulate in the low spots: 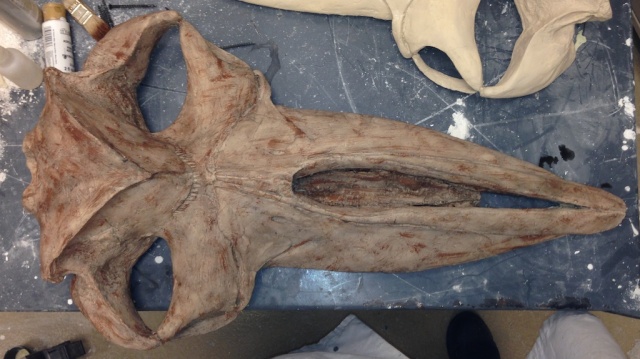 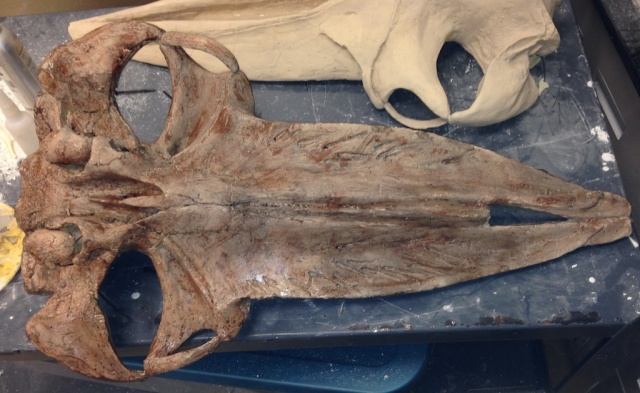 (You can also see part of our second copy of “Buttercup” in these images.)

At this point the cast is darker than we want, and the different color patches are too sharply defined. To correct for that we do another dry brush coat, but this time it’s a heavier coat of the original tan base color. This lightens the cast overall, but because the tan is such a light color the darker browns and blacks show through, although with their boundaries somewhat muted: 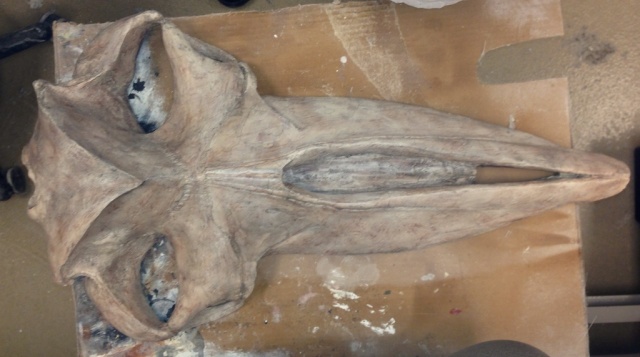 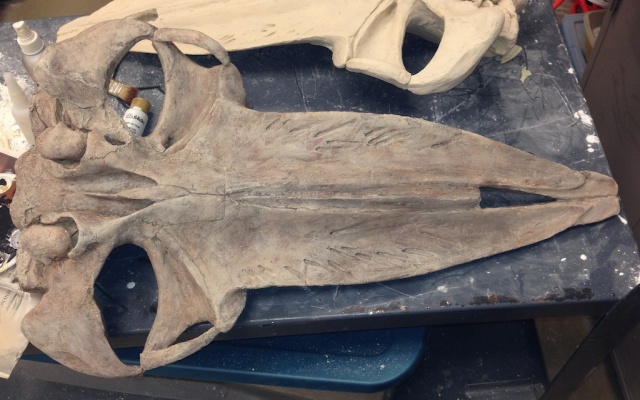 Because the acrylic paints are prone to chipping, the final step is to apply multiple layers of clear acrylic, to make the paint job a bit more durable. In some cases we first paint on an acrylic floor finish, followed by spray acrylic coats.