From the Collections Room (Notonectidae) 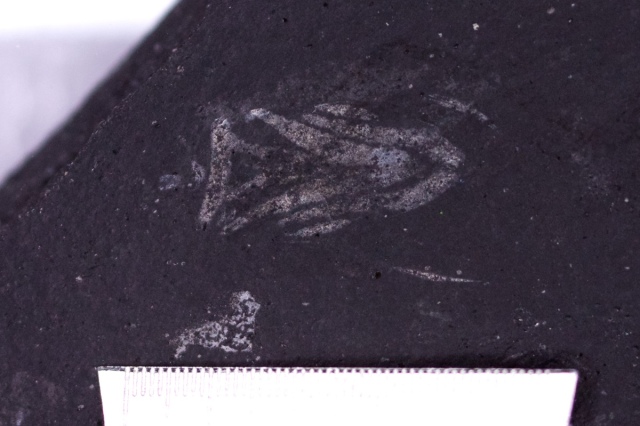 Christina has been diligently working away for the past several weeks on cataloging and photographing our large Triassic insect collection, thanks to funding provided by the National Science Foundation. She’s already processed several hundred specimens, and a side benefit is that it provides me with nice images for the blog.

The sediments at the Solite Quarry were deposited in a lake, so we might expect that we would find a number of insects associated with water. In fact, this is exactly what we see; by far the most common insects are water bugs from the Order Hemiptera (the “true bugs”). In fact, we have at least three different families of water bugs. Most common are the rather cryptic forms shown above (scale in all images is 5 mm).

If you’re having trouble interpreting this specimen, don’t feel bad, as only part of the insect is preserved. Here’s another example: 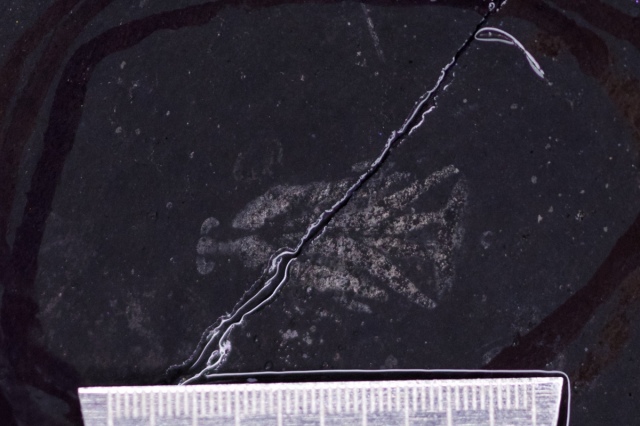 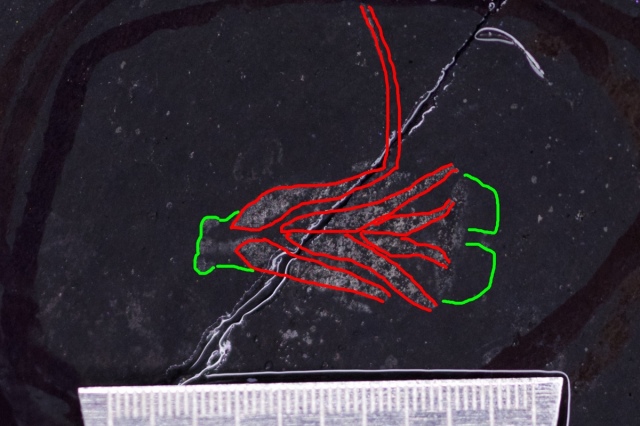 You’re looking at the bottom (ventral) side of the insect, and the front is to the right. The preserved parts of the 6 legs are outlined in red. On the left, the green line outlines the back end of the abdomen. On the right the green marks the approximate position of the eyes (the eyes are not preserved; I’m estimating here).

Here’s another example (there are actually two of them in this image): 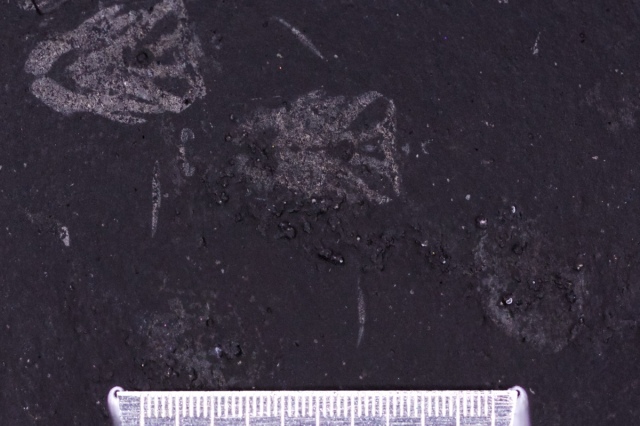 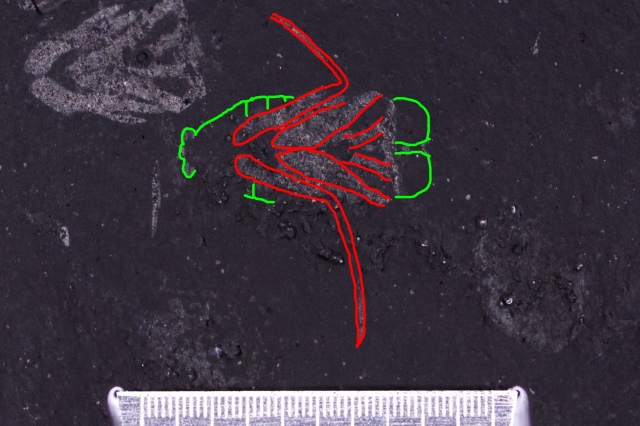 In this one, more of the abdomen is visible, including some of the segmentation. The long distal segments of the back legs are also better preserved in this specimen. In these water bugs, the last pair of legs were modified into long flippers that were used for swimming. The distal parts of the back legs are preserved in perhaps 25% of our specimens. Very rarely we get some possible mouthparts (these may be visible in the specimen above, between the front legs). The adults are pretty consistently around 4 mm long, although we do have possible nymphs that are smaller.

The next question is exactly what kind of water bugs are these? Believe it or not, there are two different living families that are both pretty good matches. Here is a modern backswimmer (Family Notonectidae) from the VMNH collection: 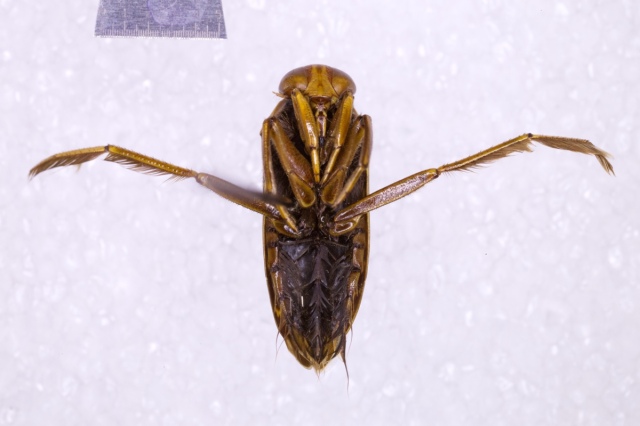 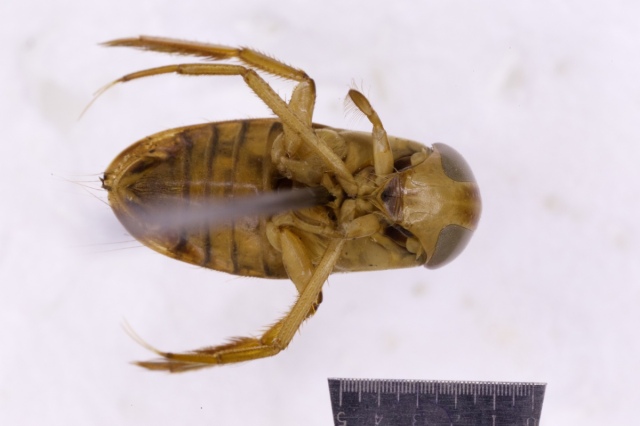 So, which do we have? At this point we can’t say with any certainty. However, there is an important behavioral difference in the modern families. As their name suggests, backswimmers swim ventral side up, while water boatmen swim dorsal side up. Behavior usually doesn’t preserve well in fossils, but every single Solite specimen we’ve examined so far (around 200 of them) seems to be preserved ventral side up, suggesting that these are notonectids. Believe it or not, this isn’t definitive; it’s possible that dead corixids always flip over as they sink to the bottom. (And, of course, we’re assuming the behaviors of these families haven’t changed significantly in over 200 million years!) Even so, for the time being we’re tentatively calling these notonectids, pending some definitive morphological data.

Update: Thanks to Dave Grimaldi from the American Museum of Natural History, who has been helping us with our insect identifications.

This entry was posted in From the Collections Room, Solite Quarry. Bookmark the permalink.

3 Responses to From the Collections Room (Notonectidae)