Today was the first full day of the Southeastern GSA meeting. As I expected, running an exhibit booth has put a bit of a crimp in my ability to attend talks, even with Ray, Christina, Ashley, and Brett all helping. But it’s been worthwhile, with better than 200 people stopping by the booth.

I still managed to get to a number of talks and posters. In the watershed processes poster session this morning Kelsey Krueger and Bradley Johnson presented on the effects of landslides on beavers in the mountains of Colorado. Beavers like the one shown above (from the Minnesota Zoo) are, of course, famous for building dams from gnawed-down trees and branches, like the example below in South Dakota: 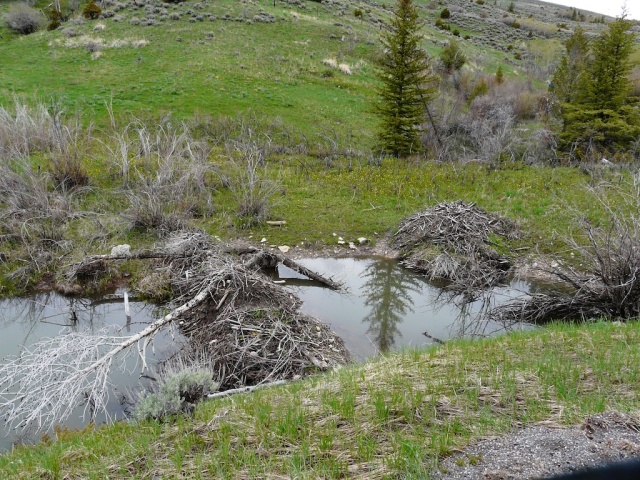 If a stream is flowing rapidly, as often happens in the mountains, it’s more difficult for beavers to build their dams. But according to Krueger and Johnson, if there are lots of landslides the slope is reduced, which slows down the streams, which makes the habitat more favorable to beavers.

I spent a lot of the afternoon in a theme session on the Newark Supergroup, the Triassic and Jurassic deposits found along the eastern seaboard of North America, including at the Solite Quarry. Paul Olsen (who has done a huge amount of the basic geology and paleontology on the Newark Supergroup) and four coauthors presented information on non-biostratigraphic dating of the Danville and Deep River Basins in Virginia and North Carolina. Using largely magnetostratigraphic data they’ve been able to refine the dates on many of the deposits in these basins, including the Cow Branch Formation (the fossiliferous unit at Solite).

In the next talk, Randall Irmis and seven coauthors presented a similar talk on the age of the Chinle Formation, the highly fossiliferous beds from the western United States that include Petrified Forest National Park (below).

Nick Fraser and and five coauthors presented an overview of the paleontology of the Solite Quarry, especially the insect bed. There’s still a lot of debate around how deep the water was where the insect bed was deposited, and some interesting variations in how the insects are distributed laterally and vertically through the bed.

And Heckert and four coauthors reported on the tiny sharks and lungfish from the Newark Supergroup. These are much smaller than their relatives from other units such as the Chinle Formation, but no one is entirely sure why.

Sarah Gibson presented an interesting talk on semionotids, a diverse group of bony fish found in the Newark Supergroup and Chinle Formation, among other deposits. This group is understudied, and there are probably large numbers of undescribed taxa. Below is an example of Semionotus from Connecticut, on display at Dinosaur State Park: 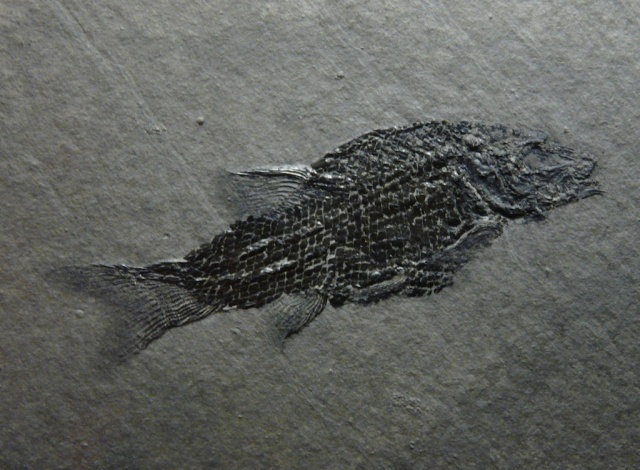 I’ll be attending several more talks tomorrow before heading back to Martinsville.

This entry was posted in Conferences, Newark Supergroup. Bookmark the permalink.