Posted on September 23, 2014 by christinabyrd 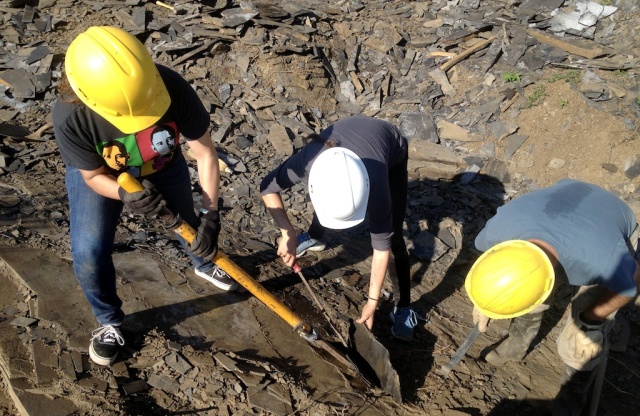 The seventh day of our Solite excavation was a stark contrast to last week. This week we had a smaller crew, weather any paleontologist would dream of, and we found significantly more and better preserved fossils. I also succeeded in collecting ~5-6 cubic feet of insect bed.

Saturday’s most popular vertebrate finds were probably the fish! The most impressive examples are below. 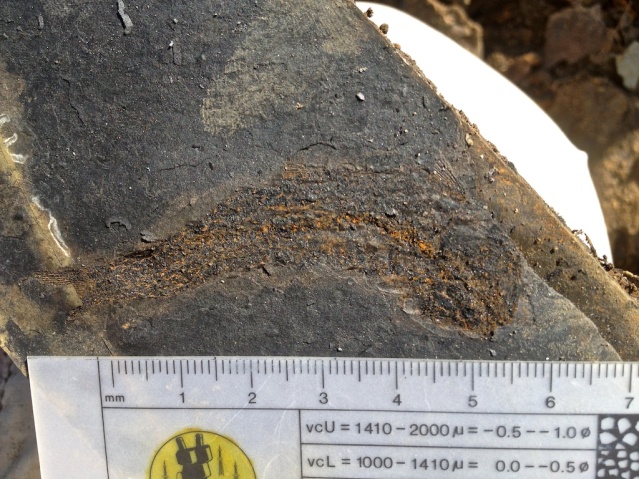 Of course, you can’t go a day at Solite without finding plants.  However, not all of the plants are photogenic and some are downright camera shy. I did have some luck when I found the two plant fragments below. Each was found at different ends of the pit.  This is a plant that I am not used to seeing at Solite and subsequently I have no idea what it is. At first I thought it was a fern but the “leaf” density is not what I expect from ferns. Help from botany and paleobotany buffs, please? 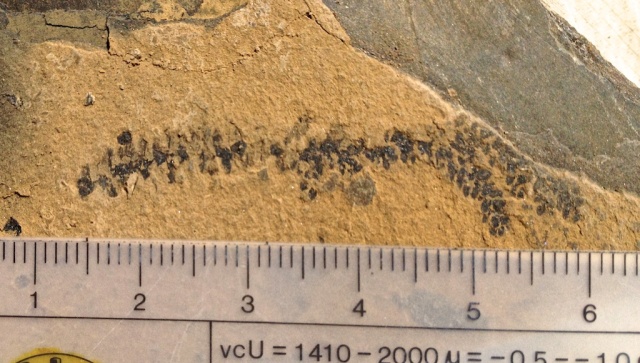 The students from Roanoke College had a very rewarding day as well! The following pictures are of the Tanytrachelos slab that Emma found. Once we found all of the fragments of the slab, I also noted that there is another (possible) Tanytrachelos on the slab as well, still hidden by the sediment.

As collecting came to a close for the day, we cleaned up and dusted off the pit.  A clean pit is a happy pit.

While the fossils are fascinating and the camaraderie enjoyable, it’s also important to take in the beauty of nature as it creeps along the rocks of the quarry.

I’m happy to say that even after a long day in the pit, everyone left in high spirits, with smiles on their faces.