Fossils on the Northern Neck

In a great example of citizen science, local fossil collector Keith Fisher discovered an interesting site on the Northern Neck of Virginia (that’s the northern part of Virginia between the Potomac and Rappahannock Rivers). Through his contact with local land-owner Tim Self, Keith found the fossilized remains of the ear region of a whale, which he generously donated to the museum along with some other nice fossil remains he found at the site. 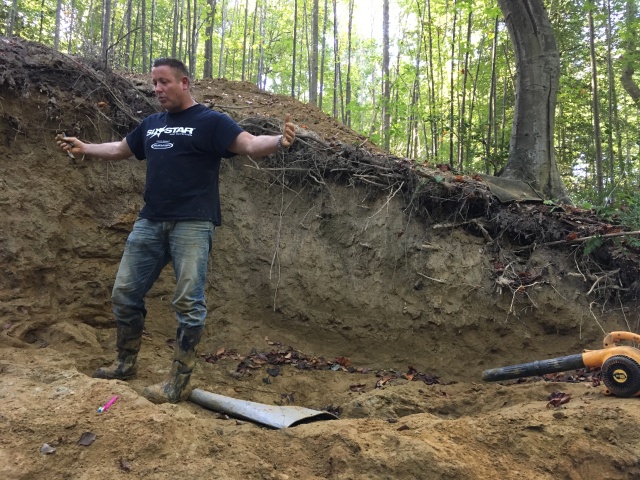 The partial whale skull was found from Late Miocene sediments dating back to about 5.5 million years ago.  The fossil includes the very important ear bone, which can be used to identify which type of whale it was.  The piece will need a fair bit of preparation before we can say exactly what kind, but it’s from a baleen whale in the group Mysticeti. 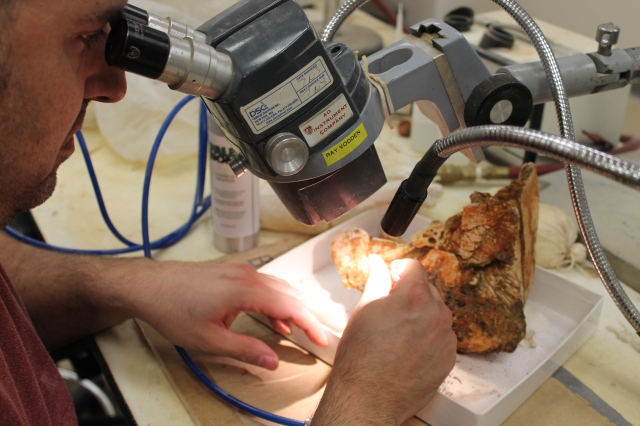 The material has a lot of hard iron concretion stuck to it, so preparation will have to be slow and careful to avoid damaging the softer bone below, but it will be a very nice piece when it’s done.  This fossil comes from an interesting time in whale evolution when a lot of the big baleen whales that we have today were becoming established across the world. This fossil will be a piece of the puzzle that helps connect the larger radiation of these whales, thanks to Keith’s donation.

The VMNH paleo crew got to visit the site back in August, then I went back in October. It’s along a creek bed, where a few other pieces have come out including large fish bones and shark teeth. The site also had abundant Chesapecten, an extinct giant scallop, which happens to be the state fossil of Virginia. 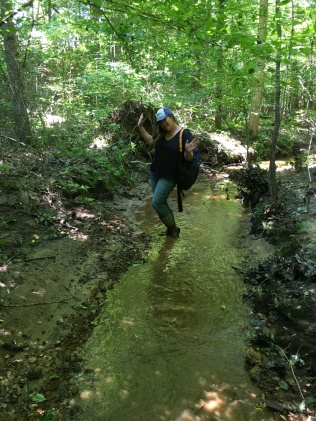 Paleo Collections Tech Lucy Treado in the nearby creek 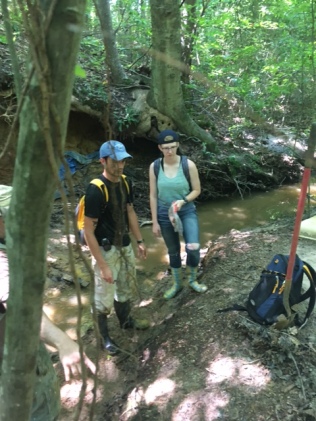 Me (left) and Alexa (right), who is now a student at App State 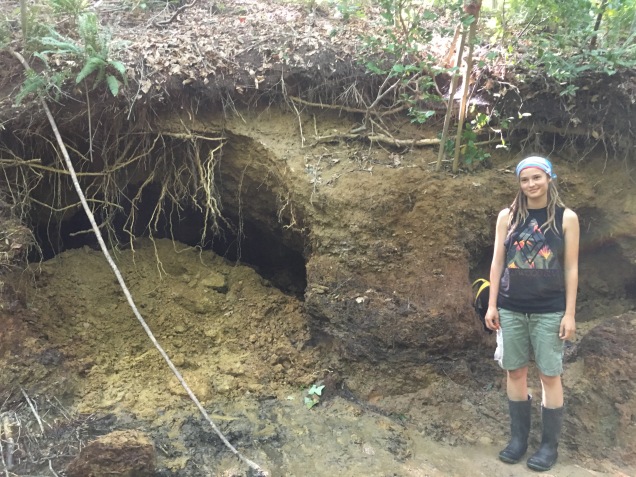 The site has some interesting potential for two other completely different reasons, but more on that later when we have more to say.  We’ve got a lot of lab time to put in, but it will be worth it to put a new site on the map and understand more about the end of the Miocene in Virginia and how it transitioned into the new times of the Pliocene. Rest assured, we’re keeping the “citizen” in “citizen science” with this, and Keith will continue to be heavily involved as the site progresses. More as it develops, but meanwhile, I’ll leave you with something else we found while sloshing around, this amazing little salamander.

I started as the Assistant Curator of Paleontology at the Virginia Museum of Natural History in July of 2015. It's been a fun ride so far, with many more projects on the horizion. My background is in fossil reptiles, especially crocodiles and their kin. Here in Virginia, I've also been getting to know the fascinating world of fossil insects, sharks, and the ice age.
View all posts by Alex →
This entry was posted in Uncategorized. Bookmark the permalink.