On Saturday VMNH, Roanoke College, and Earlham College ran a joint field trip to the Boxley-Beckley Quarry. In spite of atrocious weather that hovered close to freezing all day with a mixture of rain, snow, and hail, 24 intrepid students, faculty, and volunteers spent the day collecting plant fossils and attempting to sort out some of the geologic history of the deposit.

With so many people scouring the rock piles, we found a number of beautiful specimens that were frustratingly too large for us to collect. Tim found numerous examples of Stigmaria (the root systems of Lepidodendron), with “rootlets” attached: 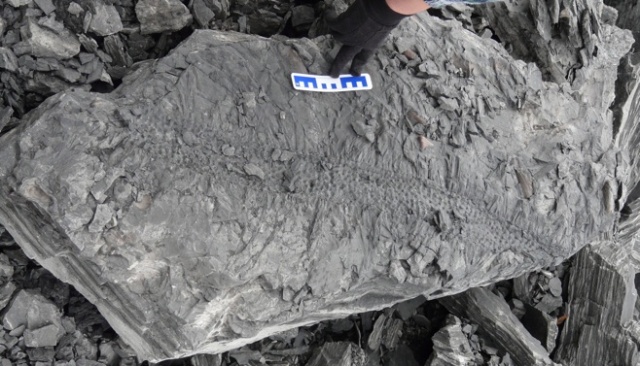 Mike found an incredible fern frond, at least 57 cm long, that we had to leave behind because it was attached to a half-ton boulder: 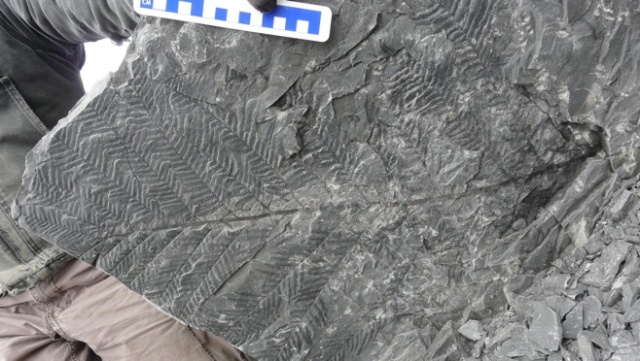 We were also unable to recover these large cordaite leaves:

Not everything was left behind; in fact, we filled my truck with specimens. One of the nicer ones was this Calamites that Brett found:

Laura found a a much smaller horsetail specimen with the leaves still attached: 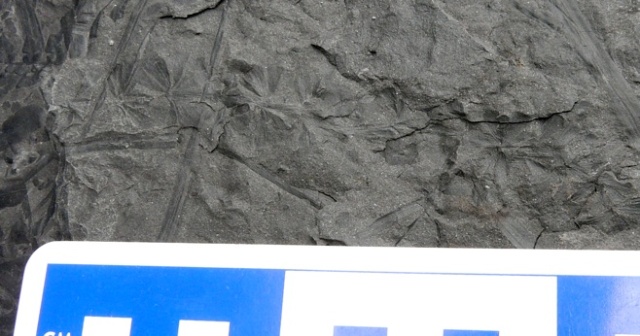 We also found some new relationships between the plants and the sediment, like this apparent lycopod seemingly rooted in a tidal rhythmite: 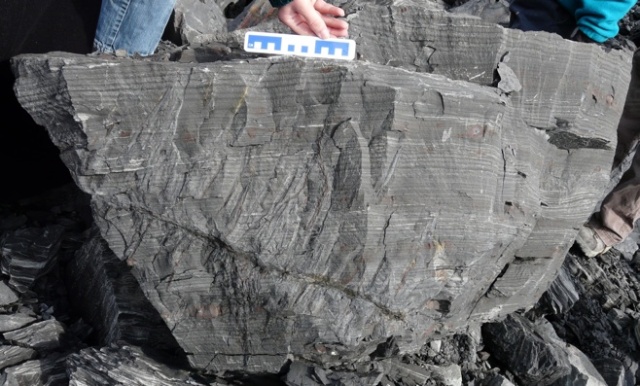 We spent a very productive day at the site, and with a combination of geologists, biologists, paleontologists, and environmental scientists on hand I think everyone learned a great deal. We’re hoping this will be the first of a continuing series of collaborations between Earlham, Roanoke, and VMNH. I’d like to thank Boxley once again for allowing us access to the quarry, and my co-organizers DB Poli from Roanoke College and Andy Moore from Earlham College for making this such a successful trip. 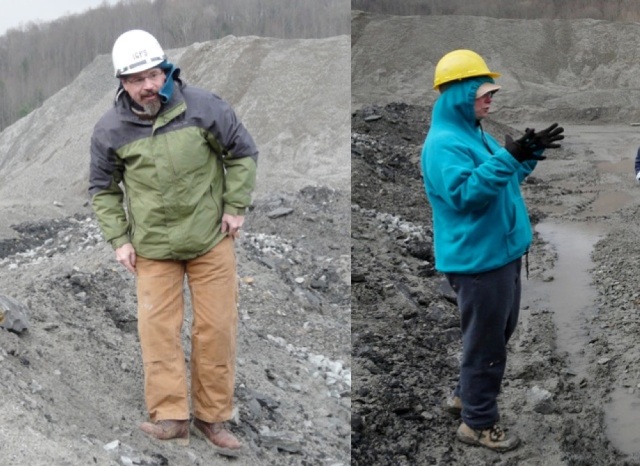 This entry was posted in Boxley-Beckley, Paleobotany, Science, education, and philosophy. Bookmark the permalink.